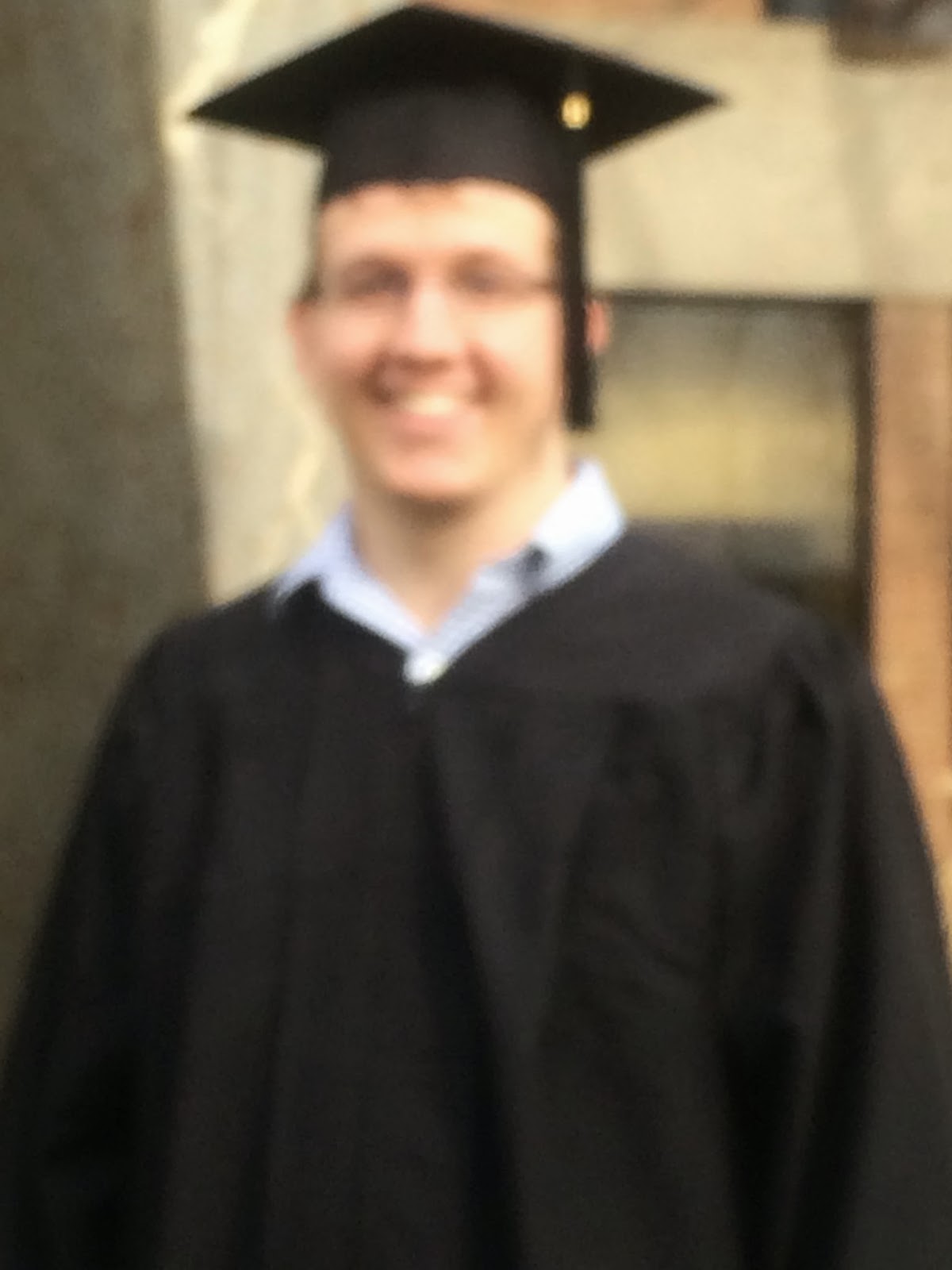 Our third child, Stephen, graduated  from college with a degree in Computer Science---a whole two months ago!  But I am just now recapping the day?

Life goes by in a blur.

In some ways, postponing the writing of a major life event has its advantages. The main one is that you've filtered out the trivia and retained the moments that got sealed in your brain or impressed on your heart.

Little snippets of memories that may or may not have been captured by the camera. 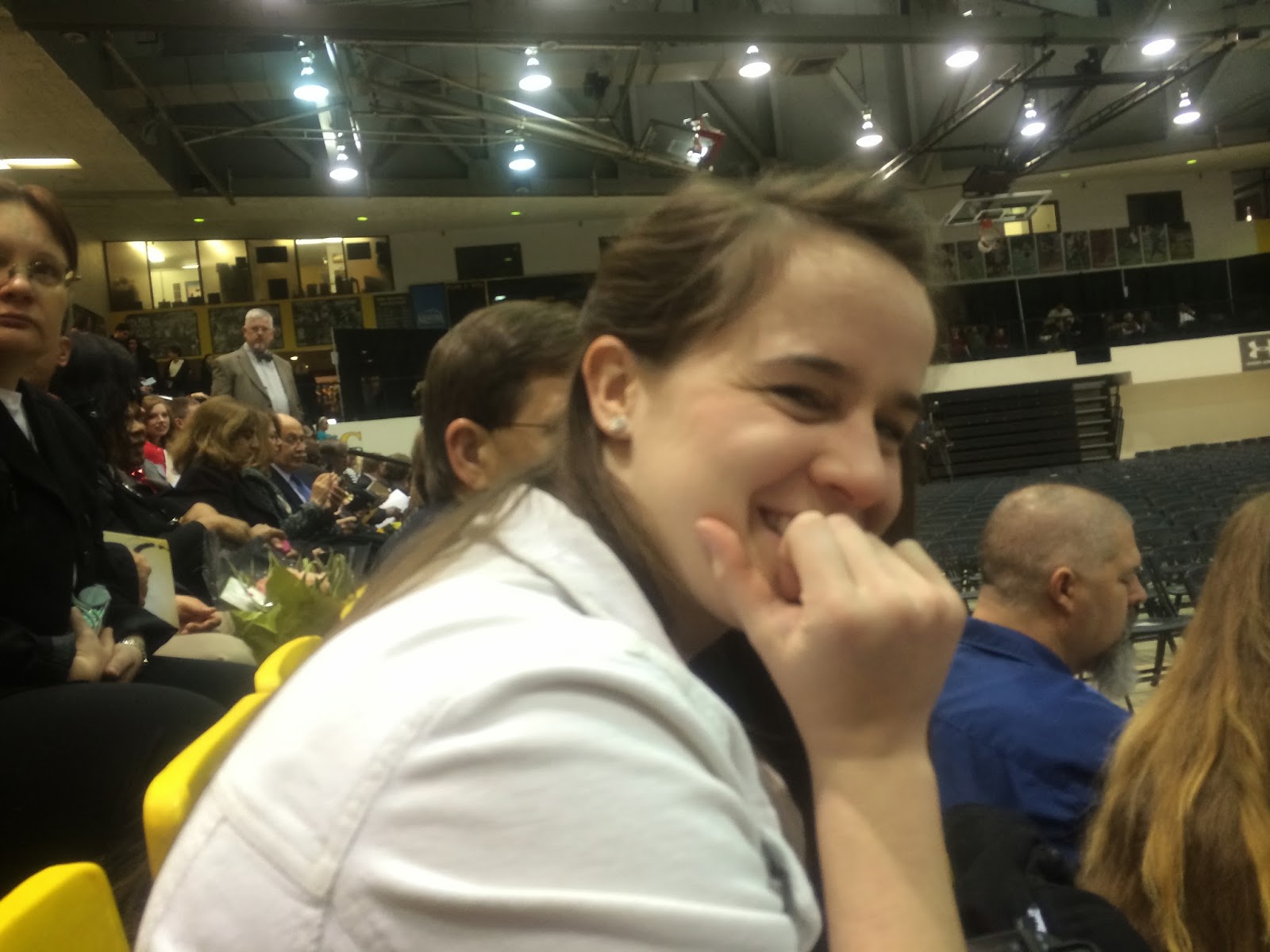 -deciding that a Big Deal Day like Your Son's College Graduation is the ideal time to learn how to take pictures on your new phone,

pictures so good (or so bad)  that could ostensibly last forever in cyberspace. 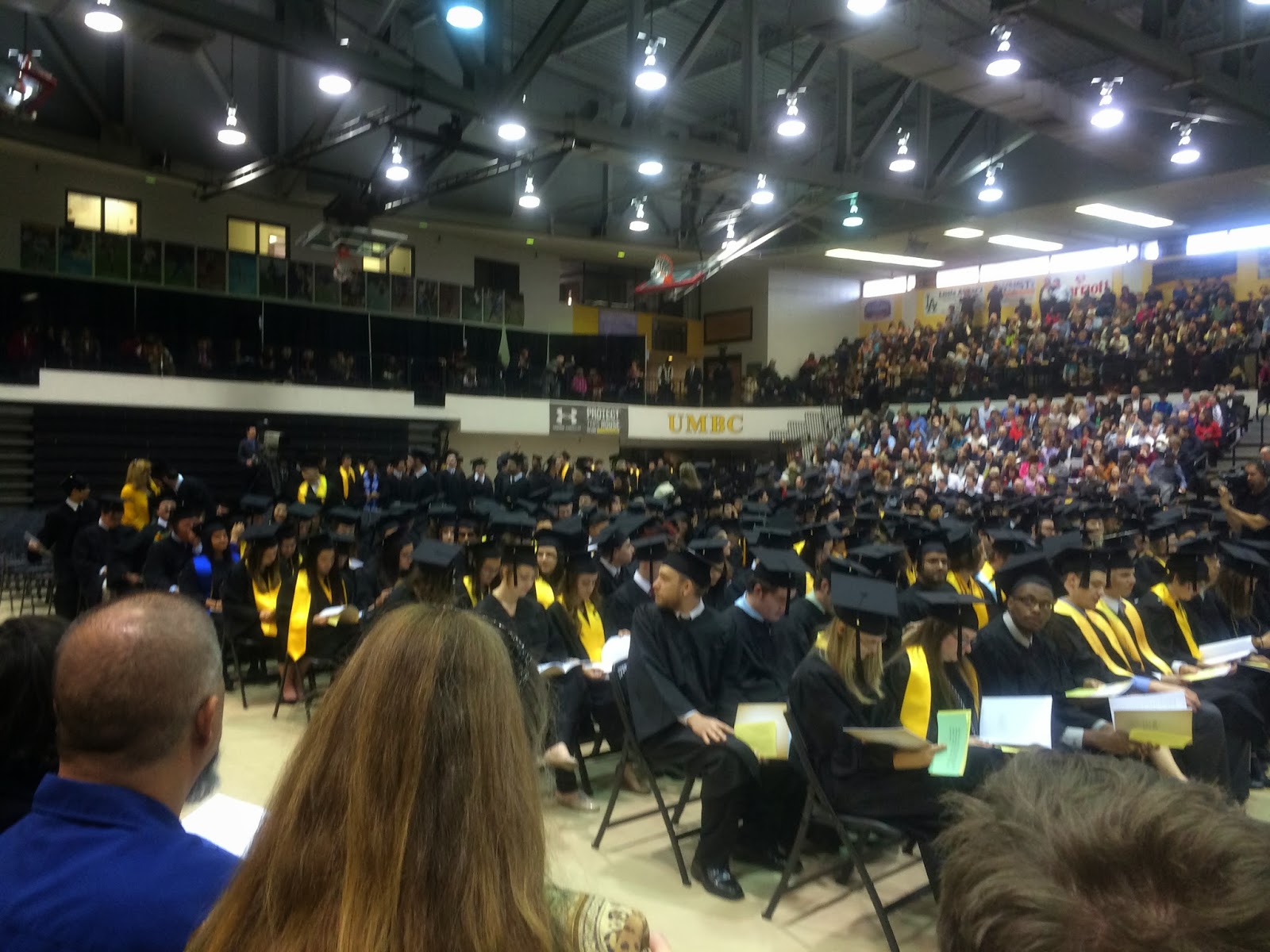 -realizing that, without your daughter-in-law or sixth grade son to alert you, you might accidentally be   taking a video of a couple's back and draining your battery

-loving the man who has worked so hard, sacrificed so many of his own wants, lived frugally but generously, and saved so diligently to put his kids through college so that they could graduate debt-free 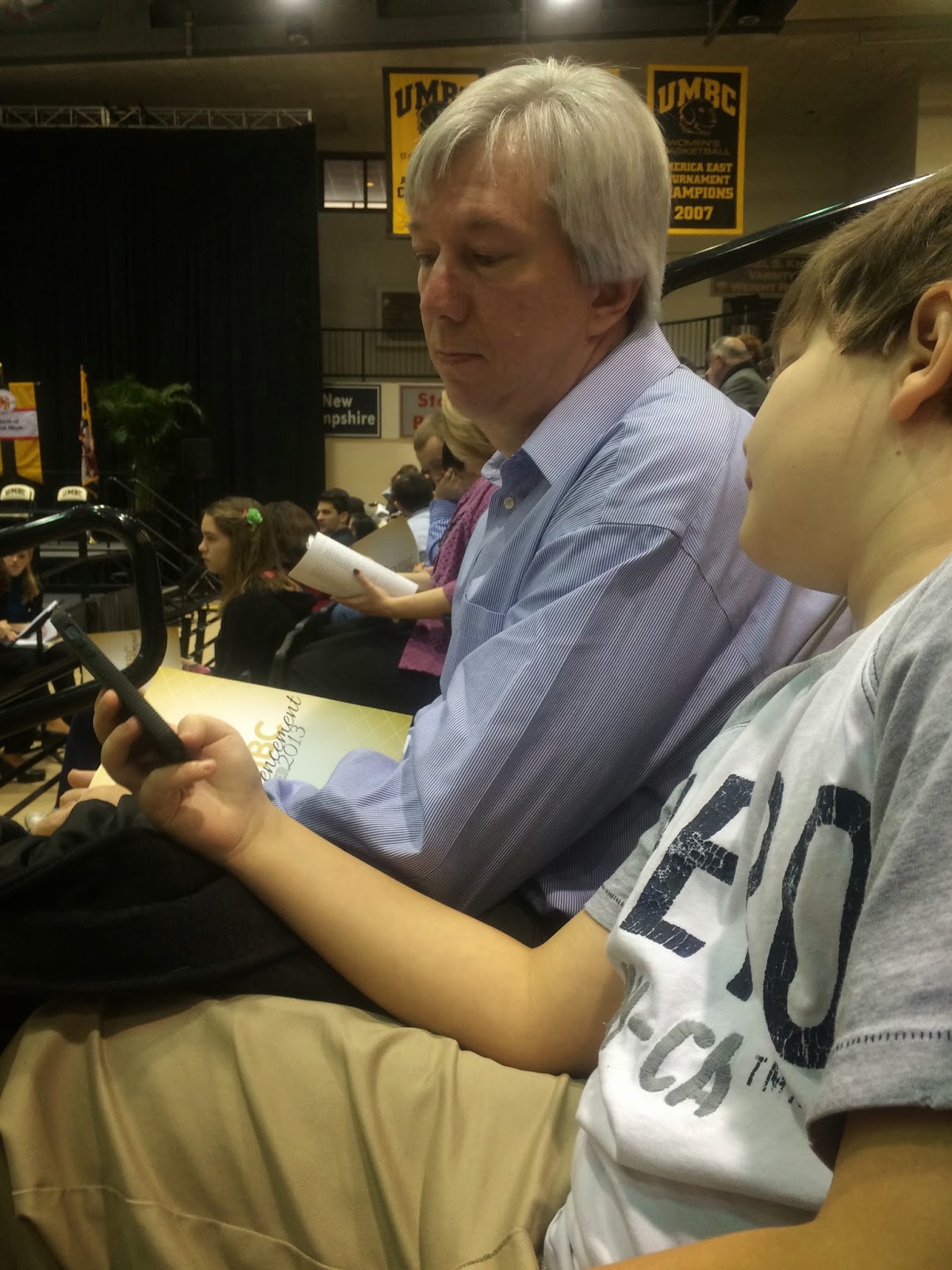 -asking yourself for the 998000th  time, "Where did the last 22 years go?  Wasn't I just holding a baby in a pink and blue striped knit cap while I wore a hospital gown?  And now he's wearing a  cap and gown of a whole different sort."

-wondering if any other parents are as proud of their kid as you are of yours, if anyone else could love the way you love, and conclude the answer is "yes," and it moves you to tears that God fills millions of people at the same time with crazy love for one, two, three, four, ten, or twenty kids they call their children. 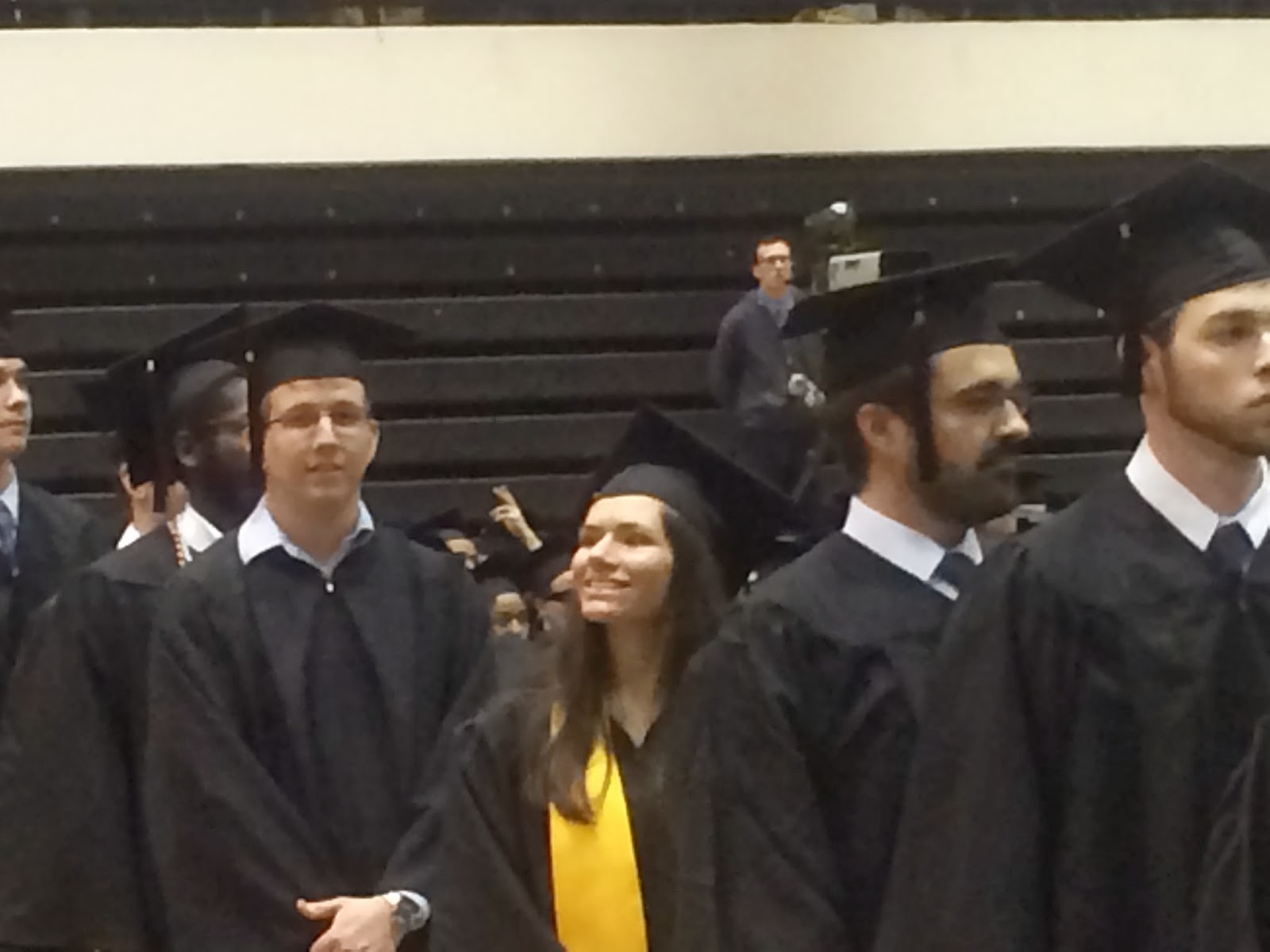 You scan the gymnasium full of distinguished black and gold stripage, and enjoy watching the interpreter through sign language. 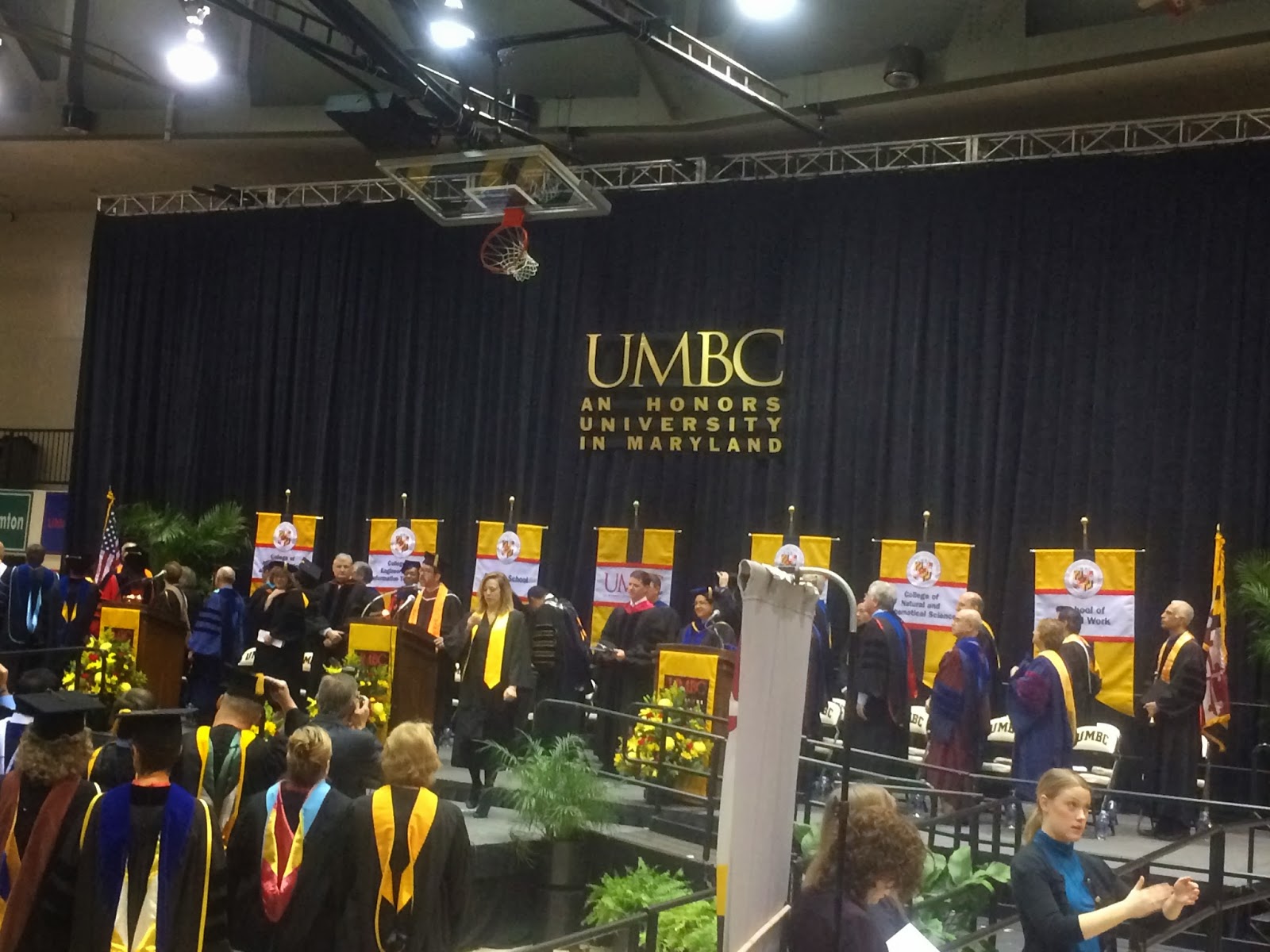 And you watch as he awaits his turn to take hold of the very thing he has worked five long years for:
his college diploma. 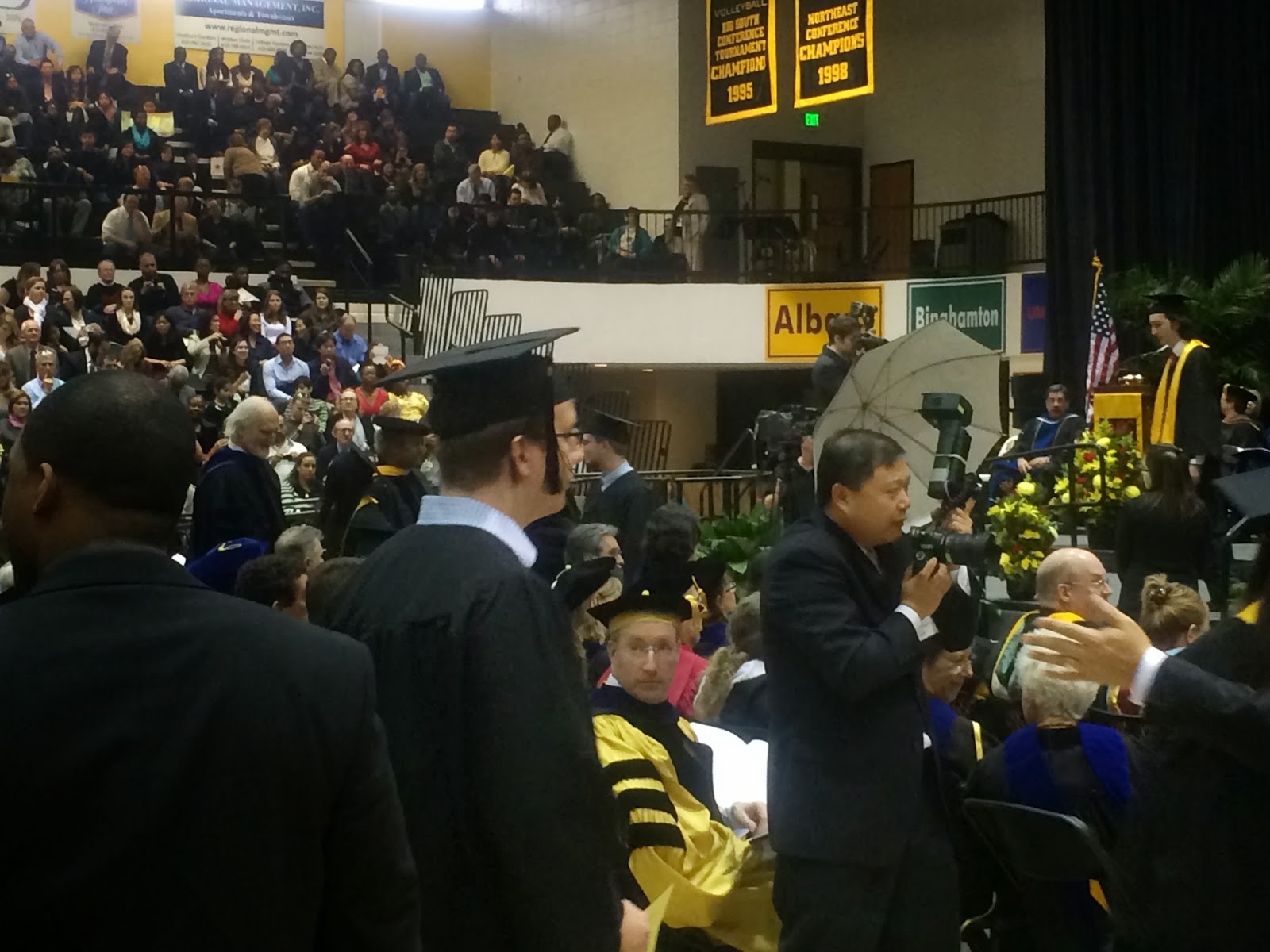 You remember all the nights when you wake at 3:18 a.m. and he is still working on a computer programming assignment in his room.

And during finals, when he humbly asks you to drive him to school so he can sleep an extra hour in the car, you are glad you are still a stay-at-home mom who can say "Sure!"

You stay at home to raise another goofball 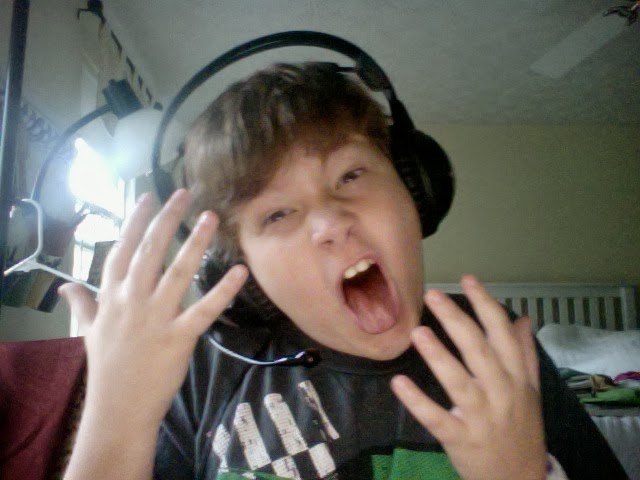 who tells you he's gonna make a lot of money as a gamer someday if he practices enough.
Ahem. Good one, son. 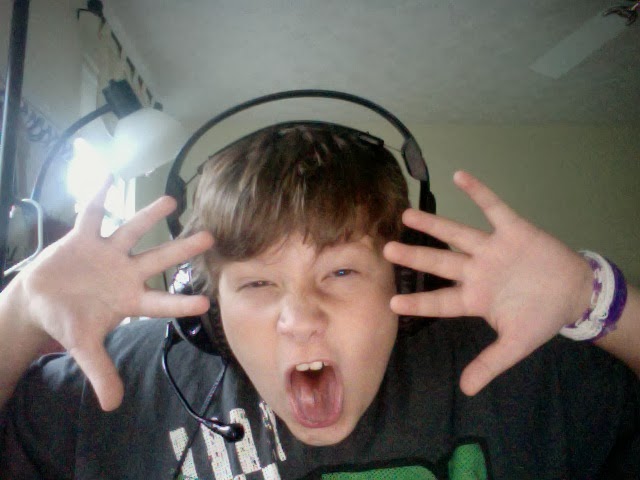 You are grateful that your graduate is willing to pose patiently for Mom who doesn't know the meaning of taking "just a quick shot right here." 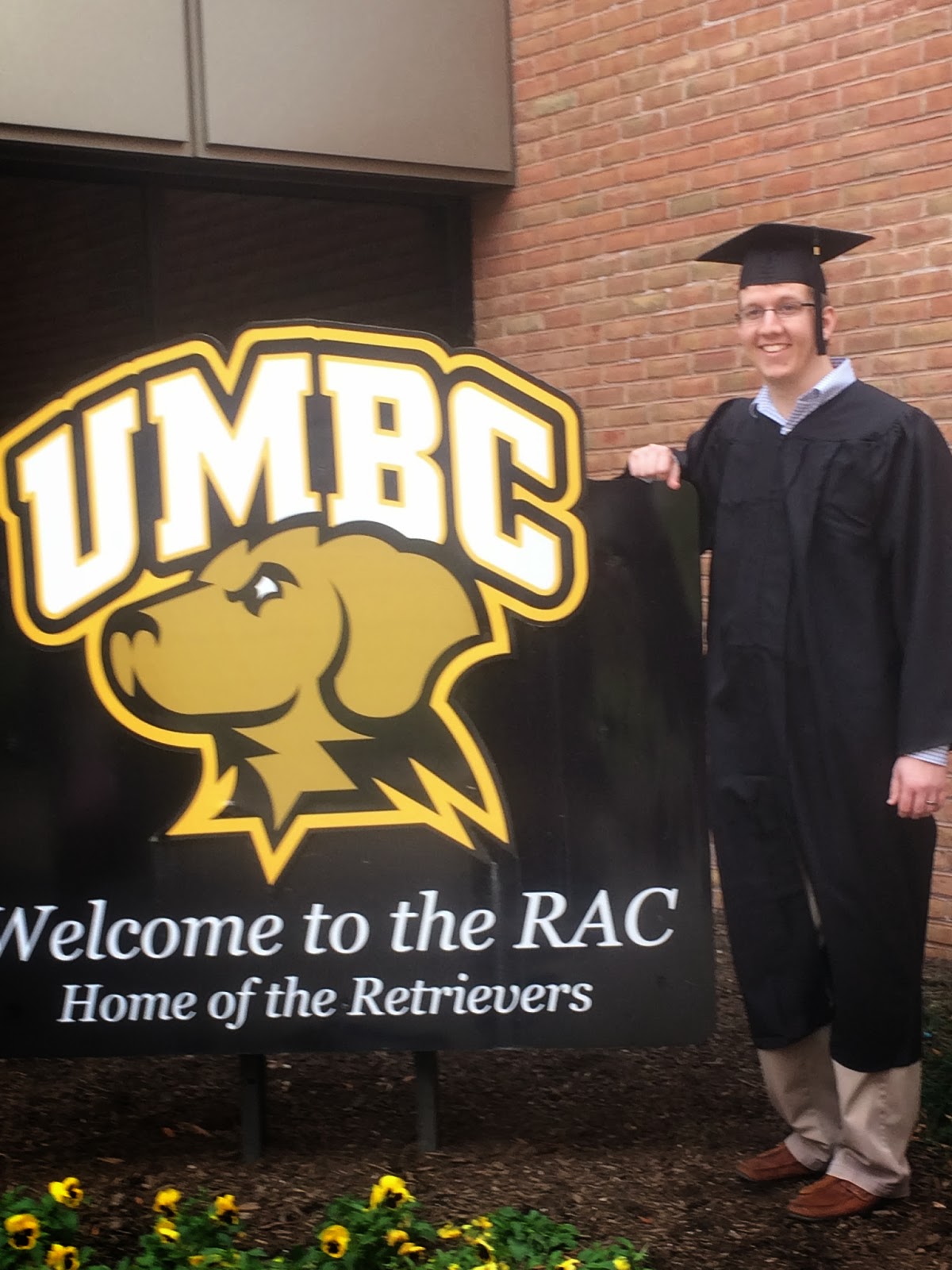 He suggests that group photos be done a little ways off because of the all people wanting shots here.

He gladly carries her heavy purple bag with the pink laptop cover, as long as it's closer to her.  He is secure in his manhood, but has his limits.  You look at the bag and think, "granddaugher's diaper bag someday?"

Well, you might actually have let the thought slip out your mouth, and the couple giggle nervously.
Gee, Mom, one thing at a time already! 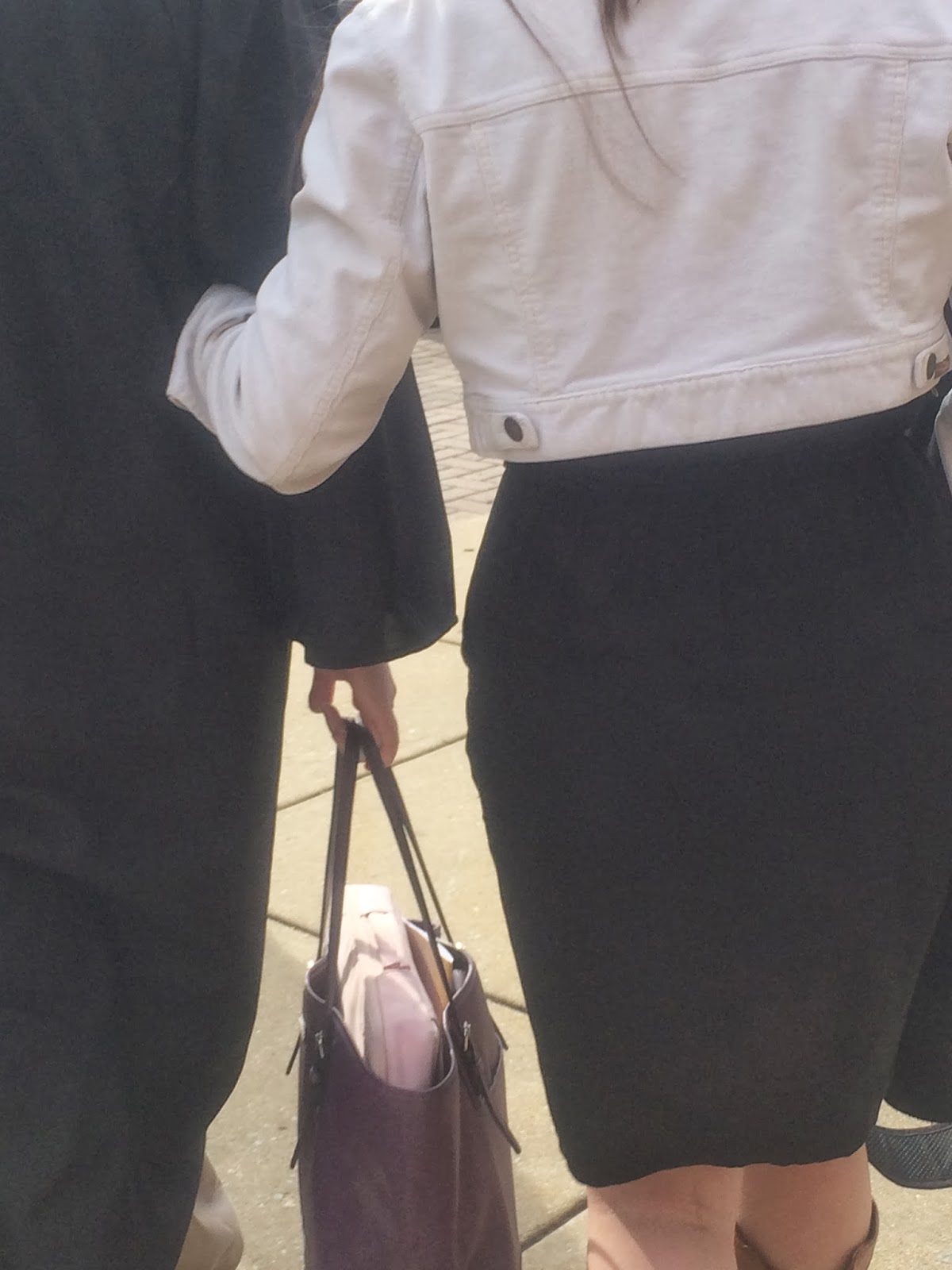 They love that the school mascot is the retriever. Each of them had a beloved golden retriever that
they would take on walks in the park as they fell more deeply in love.

(His eyes were closed, but the family was rushing me to move along, so I didn't shoot twice... 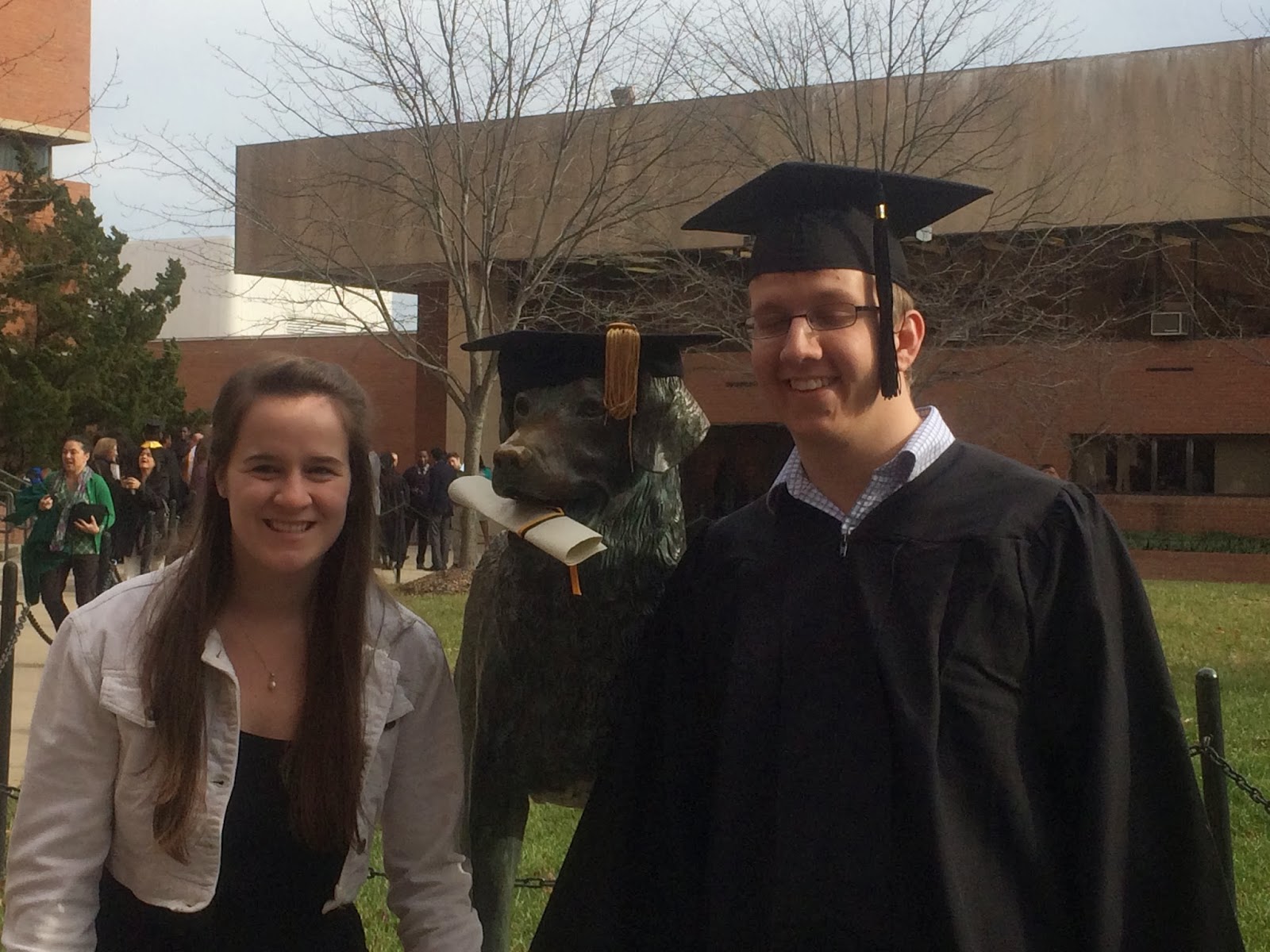 that he knew of.) 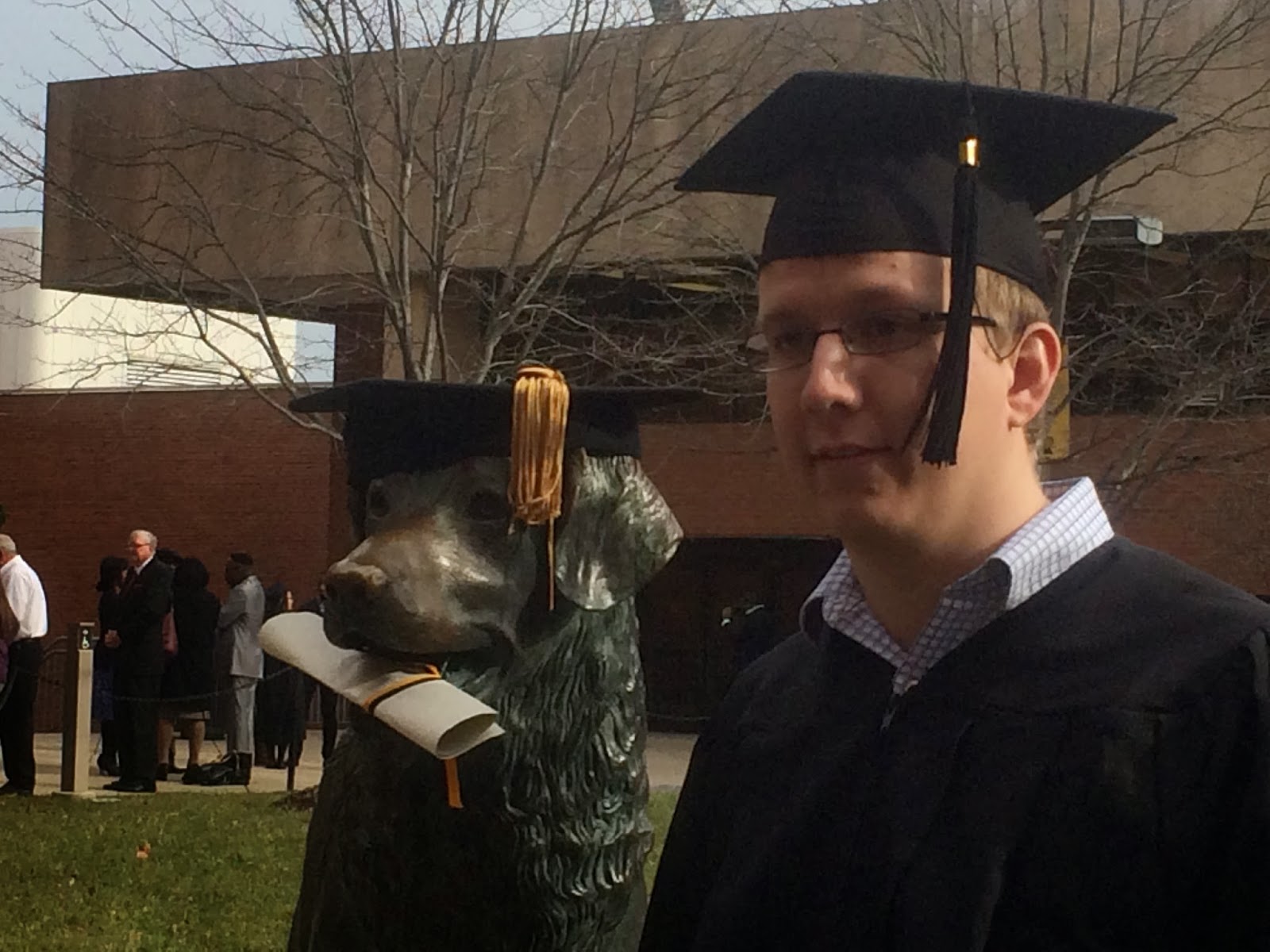 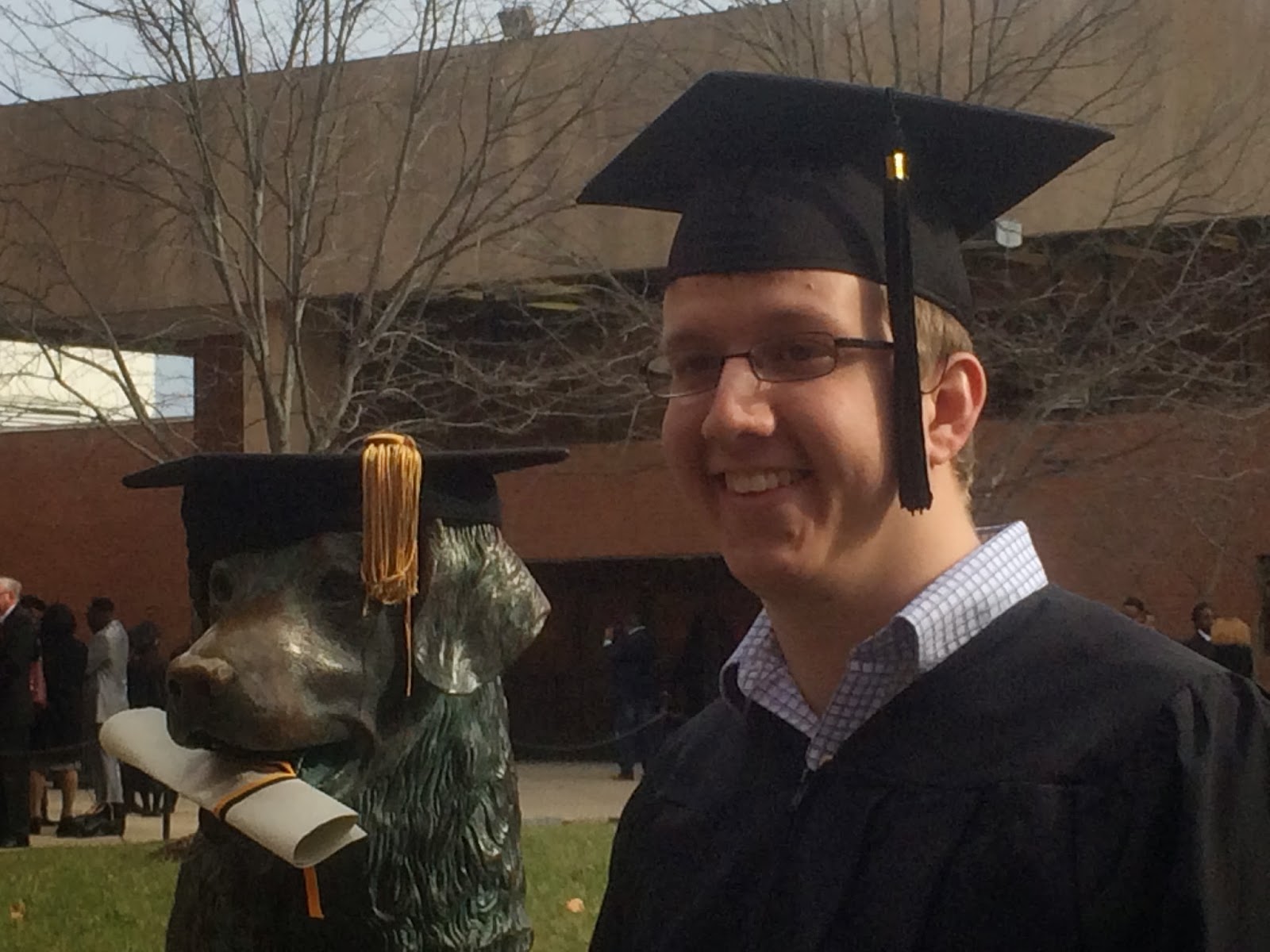 You snap pictures of him because he is just so darn cute.  And did I mention the pride? 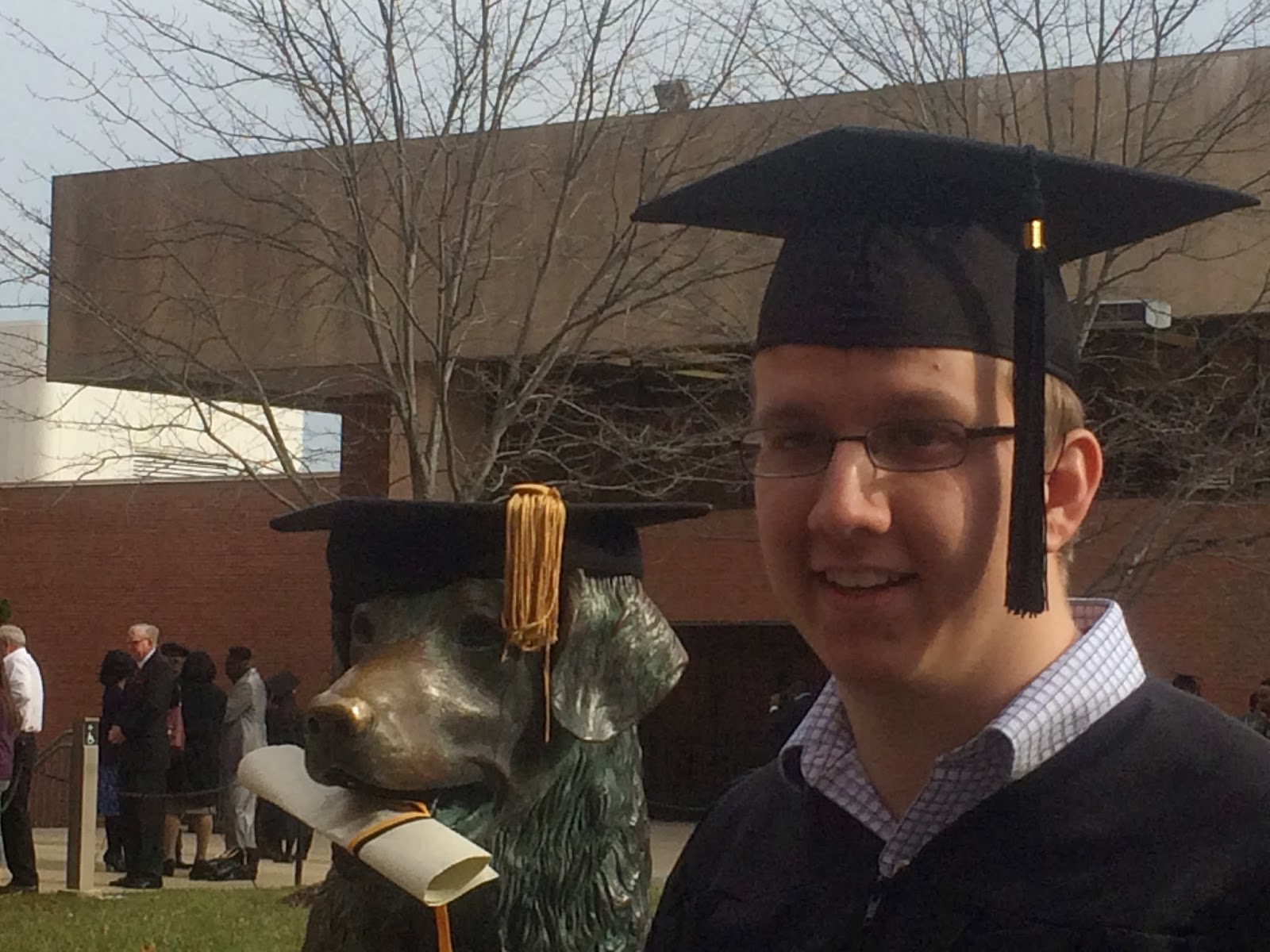 I  think this should be a two-part series.


After all, it  shouldn't take as long to read a blog post as it does to earn a bachelors degree, right?

Congrats!!! You have every right to be a very proud Momma. It's just what we do. :o) And, fine kids don't just happen, it's the result of hard, hard work by fine parents. So, congrats to you and Hubby as well. Have a great weekend!

Congratulations to your son and his proud parents! And amen to the debt free gift...it's a wonderful way to begin adult life!