I'm finally relaxed enough after being paranoid of security enforcement all day.
Our little school took a field trip to the
Walters Art Gallery and the Meyerhoff Symphony Hall in Baltimore.

If you get too close to a painting, you might set off an alarm.

If you walk a hall alone en route to the ladies' room while musicians are tuning their instruments,
your potty jig might be misconstrued as suspicious behavior.
We all know it's an indisputable fact that tuba player slayers are
midlife moms with teeny tiny bladders.

1. Are we always responsible for our actions? Are there any exceptions?

Yes.
No.
Although, when I fell at the gas station a couple weeks ago, I was not responsible. It was my car's fault I had to stop for gas. It was the gas station's fault they had pumps made of metal that cause big bumps (still there) when one's head collides with them. It's the concrete's fault for being tougher than my knees. It's the banana peel's fault for not decomposing in five minutes rather than needing to be thrown out. It's the trash can's fault for being too far from my car door. It's my shoe's fault for getting stuck in the car when it should have come out and given me a second leg to stand on.


2.  Has anyone from your home town become famous?

Uh, yeah! The Superbowl Champs of LAST YEAR,  the entire Baltimore Ravens team, people! You remember the game, right? It was a nailbiter, with opposing teams coached by the Harbaugh brothers and all that wonderful drama!  Sadly, our purple reign is over.

But....closer to my real hometown (an hour north of Baltimore), one of our streets is named Kimmie Way, for former Olympic skater Kimmie Meissner.

I can do one better on this answer, and provide the name of an infamous person from our hometown: John Wilkes Booth.   Can't remember the last time a skater and a villain were in the same paragraph. Oh, wait! Yes, I do. Does the name Tonya Harding sound familiar? 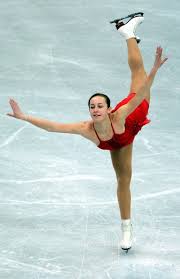 3. January was National Slow Cooker month. Do you own a slow cooker/crock pot? Did you use it last month? What's a favorite dish you make using a slow cooker or crock pot?

I have a 6-quart Crock-pot that I used several times in January and once thus far this month.  Oh, how much more energy I have to cook at 10 a.m. than at 5pm, so instead of having Long Day/Short Temper Syndrome at dinner time, I feel more like June Cleaver as I smile and say, ever so sweetly,  "Ward? Beaver? I made your favorite--beef burgundy."  And they smile back and thank me, ever so politely, for being the best cook in the whole wide world.

Uh-huh, right. Talk about a crock.

4. How do you feel about private companies collecting data about you?

Nervous with a side of irritated, smothered in powerlessnes

5. The Games of the 2014 Winter Olympics kick off with their opening ceremony this coming Friday....will you be watching? Which Winter Olympic event would you most like to see in person? Have you ever been to Russia? Any desire to go, Olympics or otherwise?

Yes, I'll be watching. I'd love to see women's figure skating in person.  Yes, I've been to Russia. My daughter and I traveled to Moscow and Vladimir with Global Aid Network in 2006 to deliver humanitarian aid and share the gospel there. It was one of the most memorable experiences of my life. 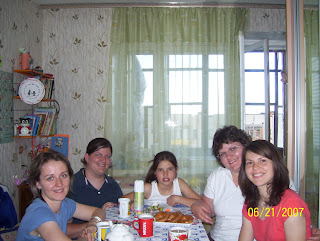 6. Share a good or bad sports related memory from your childhood or teen years.

I was a high school cheerleader in a Christian school, where boy/girl relationships were strictly taboo. Hand-holding was punishable by after-school detention. Kissing would result in suspension. I remember the time I was recently broken up from my boyfriend, a basketball player, but my two best friends (also cheerleaders) were still together with their boyfriends.  One night, on the way home from an away game, my friends secretly locked lips with their boyfriends near the back of the bus, while I sat back a little farther, moping and feeling sorry for myself.

The next day, all four of them were summoned to the office and consequently suspended. Apparently their sins had found them out.  Then they got to spend quality time feeling sorry for themselves in the library, as well as suffering a zero for every missed assignment and test given during their suspension day.

7. What's a must have song for you on a work out play list? If you don't work out, run, swim, bike, walk, or anything else that could be construed as 'exercise', then what's a song that motivates you to at least get up off the couch?

My favorite music to exercise to is a CD (yes, a CD) of hymns by Selah.  Not that I've listened to it lately. I might not have exercised since CDs went out of popularity.


8.  Insert your own random thought here.

The concert  we attended this  morning was titled "America the Beautiful," performed by the Baltimore Symphony Orchestra . While I thoroughly enjoyed the music, there was one part that really irked me.  A female soloist sang "America the Beautiful" but instead of the lyrics "God shed His grace on thee," she sang, "We shed our grace on thee."  I was offended as a Christian and as an American. Certain things should never, ever be messed with!
Penned by Zoanna

I can get excited about cooking early in the day too, and try to at least do some of the prep work then, even if I'm not using a crock pot.

I agree with you on the song...let's stop all the PC-ness already. That's how the song was written.

I love crock pot cooking for sure!

And, I love the music of Selah!

And, you were right to be offended by the change of words. How insane!

BTW, loved your comment on FB the other day about my "big hair." So, so funny!

Oh geez - here it is almost time for another Hodgepodge and I'm just now sitting down to visit all of my "friends" who stopped by my page last week! I do so enjoy hearing from you each week! :-) Seriously, big 'ol goofy smile whenever I see "Zoanna" or "Poanna" - whoever you choose to be that week - in my email inbox! hehehe... And I must say, I literally cracked up at every single answer in your Hodgepodge today! Well, except for #5 and #8 - #5 is just REALLY cool and #8 made me indignant! Grrr... don't you mess with my God and Who created our country! Good grief... I'm pretty sure God and His angels did a double take when she sang that... "What? What did she just say? Oh people... here, have a lightning bolt on me..." just kidding. Love ya friend - see you in a couple of days! :-)