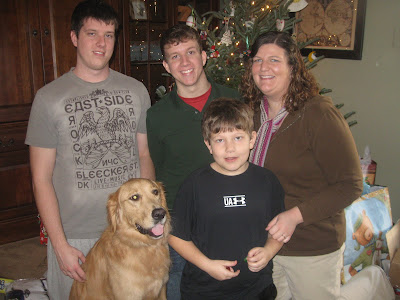 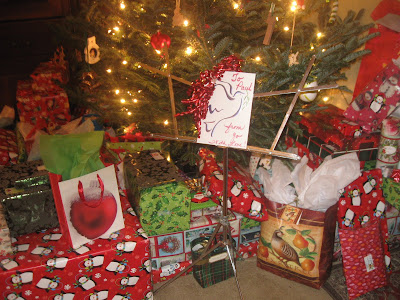 Here it is, the last Hodgepodge of 2011. This is my most favorite meme to participate in, and as long as Joyce continues to ask questions, I plan to continue answering them. Hope you enjoy your stay here for the duration of this little "interview" between virtual friends.

Can I share two somethings? Sure, it's my blog. :)

One: having all four of our children here, knowing it'd be the last Christmas morning with our oldest son as a single man.

Two: The worship service at church. Honestly, I was not wanting to go as of the day before because I went to a Christmas Eve service at my sister's church. I had actually grumbled about the fact that my hubby and a couple older kids wanted to attend a service at our church on Christmas morning. I had thought what an inconvenience to have to get dressed, have breakfast, do gifts in a rush or postpone them, and make it to church by 10 a.m. My selfish preference was to sleep in, stay in PJ's a long time, open gifts, and then eat at a leisurely pace.

But as it turned out, five of the six of us (my oldest son doesn't attend our church and decided to sleep in) went to service which included a cute skit, a choir, a short message, and several carols. There was great joy in my heart and in that small congregation on Christmas morning. It was quite the change from how we usually look on the morning of December Five and Twenty. Fum, fum, fum.

We waited until after church to open gifts, and I applaud everyone's self-control. (Pretend you can see me clapping.)

2. You get to put five items in a time capsule to be opened in 100 years,
what items would you choose and why?

I'm glad you gave us a day's headstart to think about this great question ,Joyce. Here's what I've come up with.
1. A bible--because in 100 years they might be really scarce, and everyone needs the message contained in God's Word.
2. A photo of my family--with a note saying, "These people weren't famous, but they were the most precious people I knew. They influenced me more than any other humans on earth and I loved them with all my heart." The photo would also show the dorky clothes, glasses, shoes, and hairstyles we actually spend money to wear. I'm sure the fashions in said photo would evoke a good laugh in the future.
3. An ipod, because it will be totally obsolete as technology continues to advance at the speed of sound. It will probably be a collector's item.
4. The one and only poem my husband wrote me (several years ago) and made me promise not to show anyone outside the family while he is alive. I would put it in a time capsule because in 100 years, if the poem were read by one of our descendents, they might say, "Awww, that's sweet. He really loved her. What a nice way to show her!" And, if the divorce rate in the world keeps increasing, it might be a very rare thing that husbands and wives stay together for anywhere close to "five and twenty".

Actually, today is our 25th wedding anniversary, so 100 years from today would be a really, REALLY big anniversary and reason to read a mushy poem from a husband to his wife, wouldn't it? 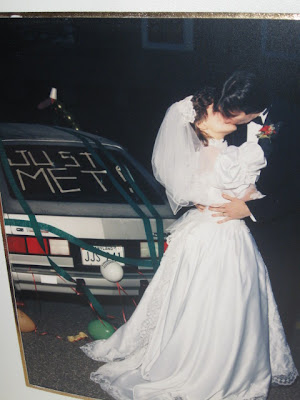 5. A mustard seed. It's a symbol of faith and hope. Everyone needs those.

Peanut butter and jelly. Or summer sausage with dijon.

4. Do you make resolutions at the start of a new year? How'd that work out
for you this past year?

I do make resolutions, and it didn't work out so well. I am embarrassed by how few I stuck to, or how few goals I accomplished. My nature is to set lofty goals, which I did at the beginning of the year, but suffered a severe depression in the summer and plummeted into a state of feeling as if nothing mattered, so why make goals? I felt defeated by the littlest failure.


Though Satan should buffet,
Though trials should come,
Let this blessed assurance control,
That Christ has regarded my helpless estate,
And had shed His own blood for my soul"

I had so many physical, emotional, and spiritual trials in 2011 that I am more than ready to kick this year out the door. God has redeemed (or is in the process of redeeming) those trials and has brought healing on many levels, has given me grace to forgive and move on for the most part, but there is still work to be done.

However, I am not stuck in the same place I was a year ago. In the deepest pit I was reminded (most often by other people, because I was having major resistance to reading encouragement from the Bible) that no matter what, God loves me, is for me, and will do what He has promised because He is faithful and cannot lie, and He cannot love me any more than He already does. As for human love, I am learning to expect it less in the ways I want it, and accept it more in the only ways that some people are capable of expressing it. The truth is we live in a sinful, fallen world and can't be loved to love's fullest extent. The best we can do is show love to as many people as we can, as best we can, as often as we can.

Not sure yet. I would like to whoop it up at someone else's house, but I have an intense fear of drunk drivers, so I usually opt to want my brood in the nest playing board games and watching the ball drop on TV instead of at someone else's party on New Year's Eve. Of course I can't control the decisions of Kids 1-3, so I will have to live with whatever they decide to do. Maybe we'll all be here playing this new cool game called Wits and Wagers, eating snacks, and toasting with champagne and sparkling cider. That's my idea of fun. Oh, and I always blow an out-of-tune French horn at midnight. I stick my head out my bedroom window and make 'er bellow. Sounds like a cow in need of emergency veterinary care, and it really embarrasses my kids. Maybe I should stop in the name of love!

Our daughter's college graduation ceremony in January and our son's wedding in March. I was hoping for a trip to Italy after the wedding to celebrate our 25th anniversary, but it doesn't look financially possible at this point. Waaaa. But I hold a mustard seed in my heart that someday this dream will come to fruition.


8. Insert your own random thought here. 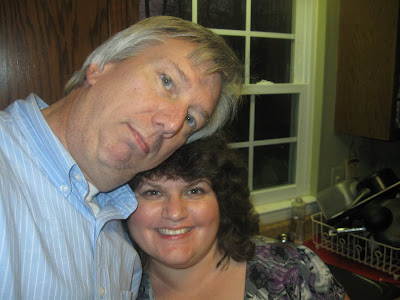 older than me.
Penned by Zoanna

I am glad I stopped by tonight I loved reading your blog. Happy Anniversary! 25 years is a great accomplishment in our day and time. I know because next year my hubby and I will be married 30!I am sorry you had a rough 2011 must have been in the air, and believe me I will be glad when its over too!! Here's hoping, wishing and praying for a better 2012 for you and your family!

Happy anniversary to you and your husband. I had a hard year too. Hope the new year is better for both of us.

Ha-I like that math : ) Happy Anniversary to you and your hubs! I hope one day you get your trip but a wedding is awfully exciting too!

Happy anniversary. I hope that this new year you will be lifted up and that the peace of God will surround you and make you glad.

Happy Anniversary! We're about to celebrate number 28! I love the poem going into the time capsule-it will always be important to remind people of love.

Happy Anniversary! And oh, how I cracked up at your imagery of the french horn on New Years - in fact I'm still laughing! A cow in need of veterinary care... HA!!!

Happy Anniversary! In this day and age 5 years is a miracle let alone 25! Be proud of that accomplishment.
Happy New Year!

Happy Anniversary! Sounds like you have a very busy start to 2012!

Happy Anniversary! I totally 'get' your math! :)

Happy Anniversary to the both of you! May you enjoy many more years of blessings. :)

I'm reminded of God's faithfulness to His beloved!
It IS well with my soul!
Blow your horn for sure if you can stay up that late!!! What an appropriate time to bellow!!! (Maybe you should continue in the name of love!!!)
Happy New Year! Happy New Day!
In Christ, who is our life!
Laurie