The Day Before the Proposal

I said the next installment would be called "Down on One Knee," but I lied.  I need to break up the length to make it manageable for readers.  Besides, I want to remember the details, not skip over them on my blog for my readers' sake, since I am probably the only person besides family who might ever reread this story.

Steve put a terrific amount of time, thought, and effort into his beach proposal.   And as I said before, everyone was more than happy to be part of the plan.

He saved his first "I love you" for this special moment. Never had he uttered those words to anyone except his own family. Many times he wanted to say it, and could have. She knew he loved her,  but he respected her wish to hear those three little words when he truly meant it.

Fastforward to Friday morning, August 31. Steve's ideas turned into action.  The next day would be "the big day"!

On parchment paper (provided by Ambrey's mom), he printed out First Corinthians 13.  He added his own message of love.  My husband suggested he burn the edges to make it look old. Then Steve slipped the message into the bottle after soaking the label off,  then corked it, and tied it with twine. 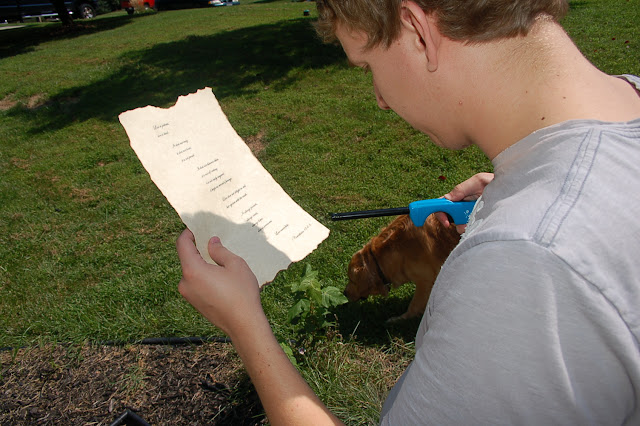 Meanwhile, I ran to the local Postage Solutions place and bought a brand new box that would hide the pretty wicker picnic basket that Ambrey was fond of, as well as a brand new beach blanket
her mom bought as an engagement gift.  In my excitement, I told the guy serving me all about it.
He said to the guy next to him, "Hear that, Frank?" Frank smirked.  "It'd be a lot easier to grab a six-pack and say, 'Hey, you wanna get married or not?"  But a third employee, a 20-something girl, was all smiles. "Aw, he's so sweet. Is he always so romantic?" And I had to say, "Yeah, he is. I hope he always is."

The plan with the box? Ambrey's mom is a Creative Memories consultant who helped Steve with many of the details to help him surprise Ambrey.  She  claimed she had a big order to deliver to her friend at the beach. Since she does this regularly (deliver big orders), Ambrey would not be suspicious, but her mom would have a secret way to transport the picnic basket and blanket to the
beach. Pretty clever of her, eh?

He used sea shells which Ambrey had collected with him last year. And, since the original ring box was too big to fit inside a shell, he used the heart-shaped ring box that her purity ring had come in.
Again, sneakiness on her mom's part to smuggle these items out of Ambrey's room without her notice.

He took three shells and wrote:
Will
You
Marry Me? 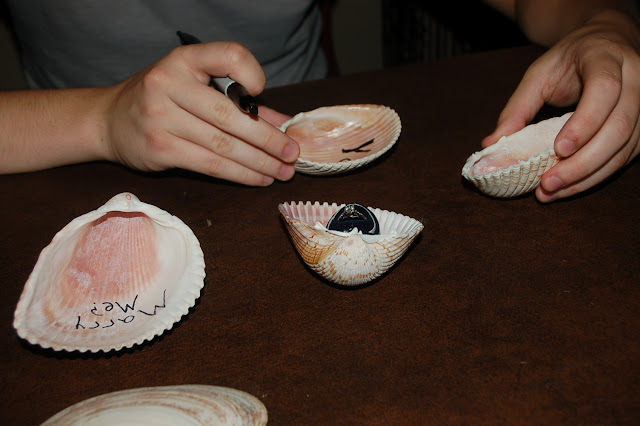 I warned him to line them up in the correct order, or else she might pick them up like this:

You. Will. Marry Me.

He packed the picnic basket, wrapping the shells that did NOT contain the ring and the words "Marry Me?" Those would stay safe and secure in his pocket.  He also packed pomegranate seeds which he had removed and rinsed from whole fruit. What a guy.

He also included a little insulated bag to keep the Jones soda cold and the pomegranates fresh. I helped him decide against taking sushi. It probably would spoil. I think he put in Swedish fish, so that's about as much fish as she got on the beach.  Flutternutter sandwiches and clementines also made the trip, for sentiment's sake.

He put the bottle with the message inside, also carefully wrapped. 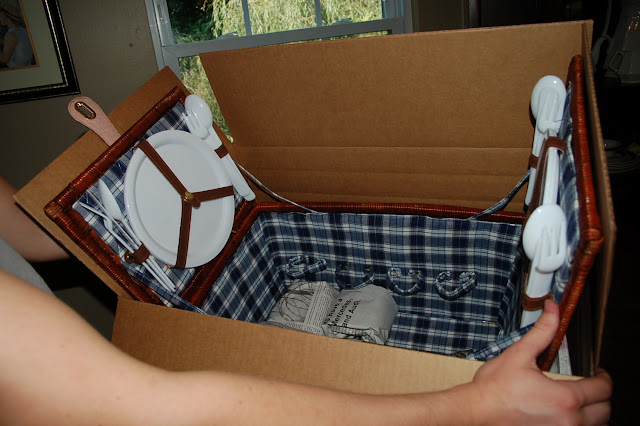 He closed the lid, and her mom, Cheryl,  came over with the new beach blanket. Steve wanted etiher a white or off-white blanket, and she obliged with a pretty cream colored one.  I took Cheryl's picture packing the blanket on top of the basket into the big box. I thought she looked cute, but she didn't really want me  to put it on the blog, so I won't. 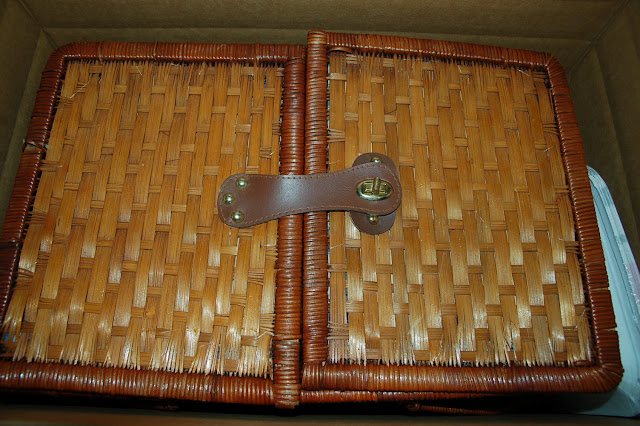 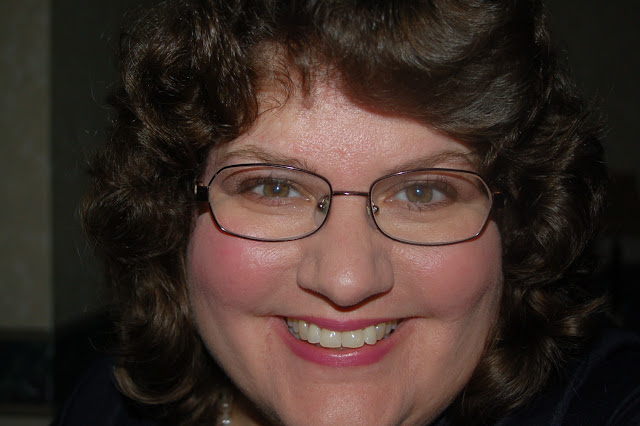 Meanwhile, I happily looked on, wishing I could be there  the next day like Cheryl.  But that would really make Ambrey suspicious, wouldn't it?  Or, worse, threatened. After all, she knew I wanted them to get married, and I was not beyond arranging it for them!

It's a sweet story and one day they'll be so glad you put it down in words. You should add the story to a photo book with their engagement pics : )