1. What is ONE thing or area in your home or life you hope to report is completely organized when 2013 draws to a close?  Do you have a plan to make it happen?

My photos.   Yes, I have a plan in the works, though I should probably write it out with more specificity.  And due dates for each phase of the torture process. And rewards for myself because slaying the monster I created deserves rewards.

Watch out. I just might use my blog to take many a trip down down memory lane as I enter the thick of the battle.  It's what middle aged moms do between hot flashes.

2. What's the worst uniform you've ever had to wear for a job?

Decisions, decisions! I can't say which was worse, my Hardee's uniform or my Burger King uniform.   What made them equally despised was that I changed out of the former and into the latter, several times a week the summer of 1980.

That's right. I worked the breakfast shift at Hardee's  and the dinner shift at Burger King at the same time. Well, you know what I mean.  It was pretty confusing most of the time . Never knew (or cared) where I was. Same grease, different grill.   Picture bleary-eyed me standing there taking orders at HARDEE's drive-thru,  "Good evening, Welcome to Burger King."    Poor, caffeine-ready drivers rarely noticed.

Eight hours later,  standing more alert  at the Burger King counter: "Hi, welcome to Hardee's. Would you like to try a Deluxe? I mean a Whopper."

It could be why I never got my ten cents an hour raise at either place.

For a good laugh, I found this apt description of the Burger King Uniform, Circa 1980 online, complete with some of the top notch (and bottom rung) ads.

This absolutely hideous outfit takes every horrible fashion idea from the 1970s and 1980s, and combines them into one uniform. Note the huge butterfly collar, the *ugly orange/yellow/brown color scheme and the Burger King version of the Hot Dog on a Stick hat. The indestructible polyester blend ensures that somewhere in a landfill, this uniform is going to outlive the Burger King employee who wore it. All that and their fries sucked. Why did anyone go to this place?


3. What was your last kitchen 'mishap'? This question comes to you courtesy of Betty who blogs over at A Glimpse Into Midlife...everyone go say hi to Betty!

Does short-term memory loss count as a mishap? Yes, it does. So...

last night was my most recent Kitchen Mishap.

The whole reason I decided to fix steak fajitas for dinner was that I had some strips of red, yellow, and orange peppers leftover from a recent party.  I sizzled the steak and onions, put out a yummy spread of toppings and tortillas, and proceeded to chow down with my peeps. After the meal, my  husband was cleaning up while I sat there enjoying the break. He lifted a Ziploc bag of THOSE PEPPER STRIPS from the counter and asked, "Any reason you didn't use these?"

4. How do you protect yourself from other people's negativity?


Great question.  But first, how do I protect myself from my own negativity???

Okay, let me answer YOUR question:

A) If I don't know the person well, and don't have to spend time with them, I avoid them at all costs.  B) If I know them but can't risk "adjusting" them,  I try to steer the conversation to something positive.   Sometimes I join in, and regret it later, because misery loves company but company doesn't necessarily love misery.
C) If  the person is someone I love and can be gut-level honest with, I will call them out on their negativity.  (They do likewise, trust me.)  On a mild "call" I will tell them they're being critical/judgmental/condescending/cynical/self-pitiful,  but if what's coming out of their mouth is outright evil, I will rebuke them.  I will and I have! I will call a lie a lie and it usually comes with volume!
D) If it's really bad, I hop in the car and head for the airport.  I've never actually physically flown away from negativity, but they don't call it "fight or flight" for nothin'!

5. Who in your family do you most resemble (physically)? If you have children, who do people say they favor? Do you agree? 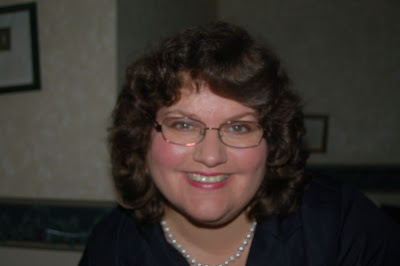 I resemble my mom. 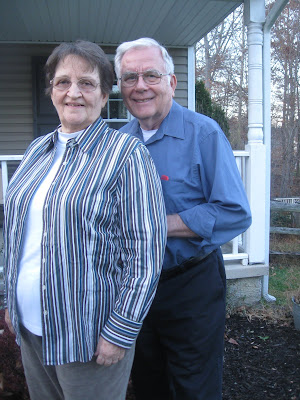 As for my four children:
Not sure who our oldest son looks like.
(His wife says he's the most handsome man in the world.) 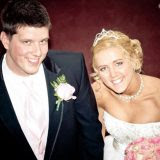 When our daughter and I  are together meeting someone for the first time,  we often hear, "You're her mom? Seriously? I thought you were her older sister!" (I never get tired of hearing that.) I see  my hubby's side of the family in her.   But a lot of other people see me. What do you think? Does my daughter take after me (see our photos in the sidebar). I don't really think so.

Our youngest son looks very much like I did in elementary school. Don't tell him, though. He's too manly to be compared to a girl! I think he takes after my dad. He's good with that.

6. January 8th is National Bubble Bath Day...will you be celebrating?

No, because I don't want to be celebrating National UTI Day on the 10th.

However, we are celebrating something else: today marks the 2nd anniversary of Dating Each Other for my son and his fiancee'.  Ain't that sweet?  He came home from work with white roses and a card, romantic guy that he is. They had plans for Olive Garden.  He changed out of his business casual into jeans and a flannel shirt. I asked him what she is going to wear. He said, "Oh, guess I better ask her." Next thing I knew (which I guessed),  he was pressing a pair of khakis and donning a clean blue oxford.

Those two lovebirds are so in love it just about kills me. 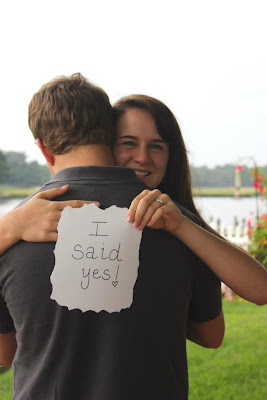 7. Some of the 'world's best winter festivals' are - Mardi Gras (New Orleans), Quebec Winter Festival (Canada), Sundance Film Festival (Park City, Utah), Rio Carnivale (Brazil), Sapporo Snow Festival (Japan), Venice Carnival (Italy) and the Harbin Ice Festival (Northern China). Of those listed (and if cost were not a factor) which would you most like to attend and why?

Venice Carnival. I don't even know what it is, but you had me at Venice.

8. Insert your own random thought here.

Speaking of uniforms, I do remember the absolute worst one. It wasn't for a job, though; it was  the one I had to wear on the tennis team. I was a sophomore at a little Christian school that operated (as most little Christian schools do) on a shoestring budget.  Instead of affording us a different uniform for each sport, they made us wear the same ones.  So, the field hockey girls wore white short-sleeve polyester oxfords and a wool kilt to the knees with knee highs.  Not bad in the fall when October winds bite the legs. But imagine those same  kneelength wool kilts and polyester blouses and knee highs on the tennis court in late May, at 4:00 in the afternoon, in 95 degree heat and 99 percent humidity?

I think those wool tennis kilts are  trading war stories with the Burger King uniforms at the landfill.
Penned by Zoanna

Oh my gracious, you're making me doubly glad I've never had to wear a uniform! Thanks for the laugh. :D

Congratulations on working for Hardees and Burger King for a whole summer. I could never have lasted a day.

That's a lot of bad uniforms! But I did get a giggle out of your Hardee's/Burgery King story. lol

super great photos ...yes, you do take after your mother in looks. But both very pretty.

The uniform answer, that was priceless....Hi, Welcome to Burger King" when you're working at the Hardee shift. Too funny. Speaking of Hardee's - they had the best hot ham sandwiches on a bun!!! Yum.

I worked at Burger King also when I was a teenager. I have to say I have never been to a Hardee's. Stopping by from Hodgepodge.

I'm another ex - Burger King employee. I worked there in the 70's. Remember "Hold the pickles, hold the lettuce, spcial orders don't up set us!" ha
I also would LOVE to get my pictures organized this year... what a job it will be!!

Stopping by from the Hodgepodge blog hop!
Chain restaurant uniforms seem to be a common answer-mine was from Big Boy! Little big boys all over my shirt! lol
I think I see you in your son. =)
Have a great day!

You have brought a smile to my otherwise very heavy heart this evening. Love the uniform story and the UTI comment. Hysterical but so true for me too! Good luck on the photo album.