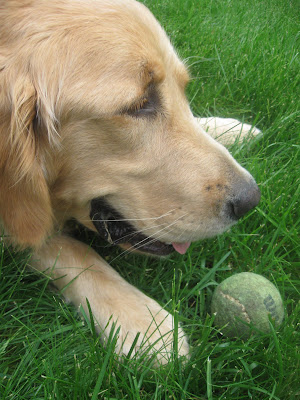 The word "fix" is a peculiar one, isn't it? It has so many different meanings.

1. My dog has been fixed for a while now. (Actually, my husband likes to say, "He was fixed when he was born. Now he's broken.") One day recently my youngest child was having such a great time with our one and only dog, that he asked me, "Mom, Reilly is so cute. What does it take to make puppies?" Oh, my. Why do they always ask you that when you're unprepared? I repeated the question (an old parental stall tactic) and then said, "Well....you need a male and a female--." Then he asked, "and food and water, right?" I said, "Right," and he replied, "That's what I thought." And off he went. Shooey!!! Close call.

2. Today my daughter fixed a green smoothie. She declared it " a fail." She attempted to combine two different good-sounding recipes, and so in went a head of celery, two cups of spinach leaves, some lime juice, an apple, and cilantro. What she wished she'd used was parsley.
Let me tell you, it was very green. And very cilantro-ey. The faces we made trying to get it down should have been on youtube. The video would go viral, just like our guts. I told her it needed something else for sweetness, so she added berries. Do you know what happens when you mix red with green in a blender? I told her not to worry about it; it'd look the same coming out as going down. But I couldn't handle the tanginess, let alone the texture, so we added chunks of banana to our cup and poured smoothie over it. Then I added honey. Lots of honey. I wish I could say it fixed the problem.

3. And speaking of fixing problems, for your viewing pleasure (and ability), I fixed the link to the post called "Jimpressions." Have you ever heard such a funny pastor? I love impressions and I love to hear Shakespeare quoted. Combine the two and you've got some great comedy. Take a look and enjoy your Thursday.

4. What was last thing you "fixed"? A meal, a situation, your hair, a dog? Tell me. I'm fixin' to hear all about it.
Penned by Zoanna

That video is fantastic...I'm going to post it on my fb later. He's awesome!

I haven't heard 'fixin' for a long time. But I like it! :-) As for the peach pie, don't give up on making homemade crusts. They're SO much better. It will take a few pies to get the technique down, but we're not going for a prize at the county fair anyway. We're going for great taste! :-) Thanks for stopping in at Cranberry Morning!

hahaha... This was so funny! I can only imagine how that smoothie turned out with cilantro! I came over to say thank you for entering my Lilla Rose giveaway at Home Sanctuary! If you don't have a consultant I would be happy to help you! You can sign up for my free newsletter on my website to keep up with the new designs and upcoming specials! Thanks again!
http://www.lillarose.biz/onemotherslove/

Donna @ The House on the Corner said...

My oldest daughter (when she was about 9 years old) asked me the dreaded question..."where do babies come from". My stomach knotted up - I stalled for time - she looked up at me - not at all discouraged by my really slow response....

I slowly repeated her question (I was taught the same stall technique) and started with....first you will meet a man, and you fall in love. Then you get married (trying to install that sequence whenever I had the opportunity) and just when I was getting to the hard part, she chimes up with "and then God gives you a baby!!"

Not sure what I've "fixed" lately! It seems like I am always in a "fix"! ;)
However I've had similar blender fixes... I think Sara's idea is so healthy, but wow! what a combo! Keep fixin' and mixin'! You're sure to have a blender hit soon!!

just fixed an iced coffee. yum.
I use much more fruit in my green smoothies than greens. That's probably why I like them and drink them often. I like frozen banana, frozen apple slices or frozen pear slices, frozen berries or pineapple and huge handfuls of spinach. I blend the frozen fruit with enough water first until it's fully blended and then add the spinach. yum. Sometimes, I'll throw almonds in, too, for extra protein.

I will gladly eat your brownie fails and experiments. But cilantro in a smoothie??? OH MY!